Season 3: Episode 54 - Dr. Randy Danielsen and the Evolution of the PA Doctorate Degree

We speak with Dr. Randy Danielson from the Arizona School of Health Sciences at A.T. Still University in Mesa, AZ about his path to becoming a PA, a PA educator and leader, and his role in developing the post-graduate doctoral degrees for PAs.

We speak with Dr. Randy Danielson from the Arizona School of Health Sciences at A.T. Still University in Mesa, AZ about his path to becoming a PA, a PA educator and leader, and his role in developing the post-graduate doctoral degrees for PAs.

The purpose of this podcast is to provide news and information on the PA profession and is for informational purposes only. The views and opinions expressed in this podcast are those of the speakers and guests and do not necessarily reflect the official position or policy of the University of Arizona. 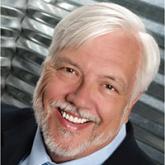 Randy D. Danielsen, Ph.D., PA, DFAAPA, is Professor and Director of the Doctor of Medical Science (DMSc) in the Department of Physician Assistant Studies, Arizona School of Health Sciences, A.T. Still University in Mesa, AZ. Since graduating from the University of Utah MEDEX (PA) Program in 1974, Dr. Danielsen has distinguished himself as a clinician, educator, author, and editor. He received his B.S. in Health Science (cum laude) from the University of Utah in 1978, his Masters in PA Studies (M.P.A.S.) from the University of Nebraska with an emphasis on Internal Medicine in 1997, and his Ph.D. in Interdisciplinary Arts & Sciences from the Union Institute & University in 2003 with an emphasis on Medical Education. He has completed over twenty-five years at A.T. Still University as PA academic coordinator (1995-1997), chair of physician assistant studies (1997-2004), and as dean of the Arizona School of Health Sciences (2004-2010 & 2012-2019) and now as Director of DMSc. Starting in 2019 he is also the director of the Center for the Future of the Health Professions at A.T. Still University. He was recently elected as Chair of the ATSU University Faculty Senate for a two-year term.

He is also an Adjunct Associate Professor at Nova Southeastern University, The Pallavi Patel College of Health Care Sciences, teaching in both the Doctor of Health Science and the Master of Health Science Programs for the last 15 years in the areas of medical writing, curriculum development, professional leadership, and community and occupational medicine. This past August 2022, he was awarded an honorary degree Doctor of Humane Letters (DHL), by Nova Southeastern University during the Dr. Pallavi Patel College of Health Sciences commencement, where he was the commencement speaker.

He has served on the board of directors of the American Academy of Physician Assistants (AAPA) and as a board member and chairman for National Commission on Certification of Physician Assistants (NCCPA). From 2010-2012 he served as the Senior Vice-President for the NCCPA Health Foundation, a 501c (3) charitable nonprofit organization that designs solutions for improving the capacity of certified PAs to impact quality and accessibility of health care delivery. Dr. Danielsen has been a Peer-Reviewer for the Higher Learning Commission (HLC) since 2009 and in 2014 competed the Advanced Certificate in Peer Review.

Earlier in his career, he served as president of the Utah Academy of Physician Assistants (UAPA), the Arizona State Association of Physician Assistants (ASAPA), and as chair of the Arizona Regulatory Board for PAs. Retired after 28 years of service in the US Air Force and Army National Guard with the rank of Lieutenant Colonel, Dr. Danielsen also is a former president of the AAPA Veterans Caucus and was honored with the Caucus' Civilian PA of the Year Award in 2003. Dr. Danielsen was named Outstanding PA of the Year by the AAPA in 1993 and by ASAPA in 2011. In 2012 he was honored by the University of Utah, School of Medicine, Department of Family & Preventive Medicine, Division of Physician Assistant Studies with the "Patron of the Profession" award for "unwavering dedication and service to the Physician Assistant Profession." In May 2015 he received the Eugene A. Stead Award of Achievement by the AAPA. This is the Academy’s most prestigious award recognizing an individual for lifetime achievement that has had a broad and significant impact on the profession.

Email has been submitted.

Here are some great episodes to start with. Or, check out episodes by topic.